Since the first issue of Man Of Steel ended on such a cliffhanger for Superman fans, I have been eager to find out what happened in Man Of Steel #2! Boy, does Bendis know how to peak your interest! 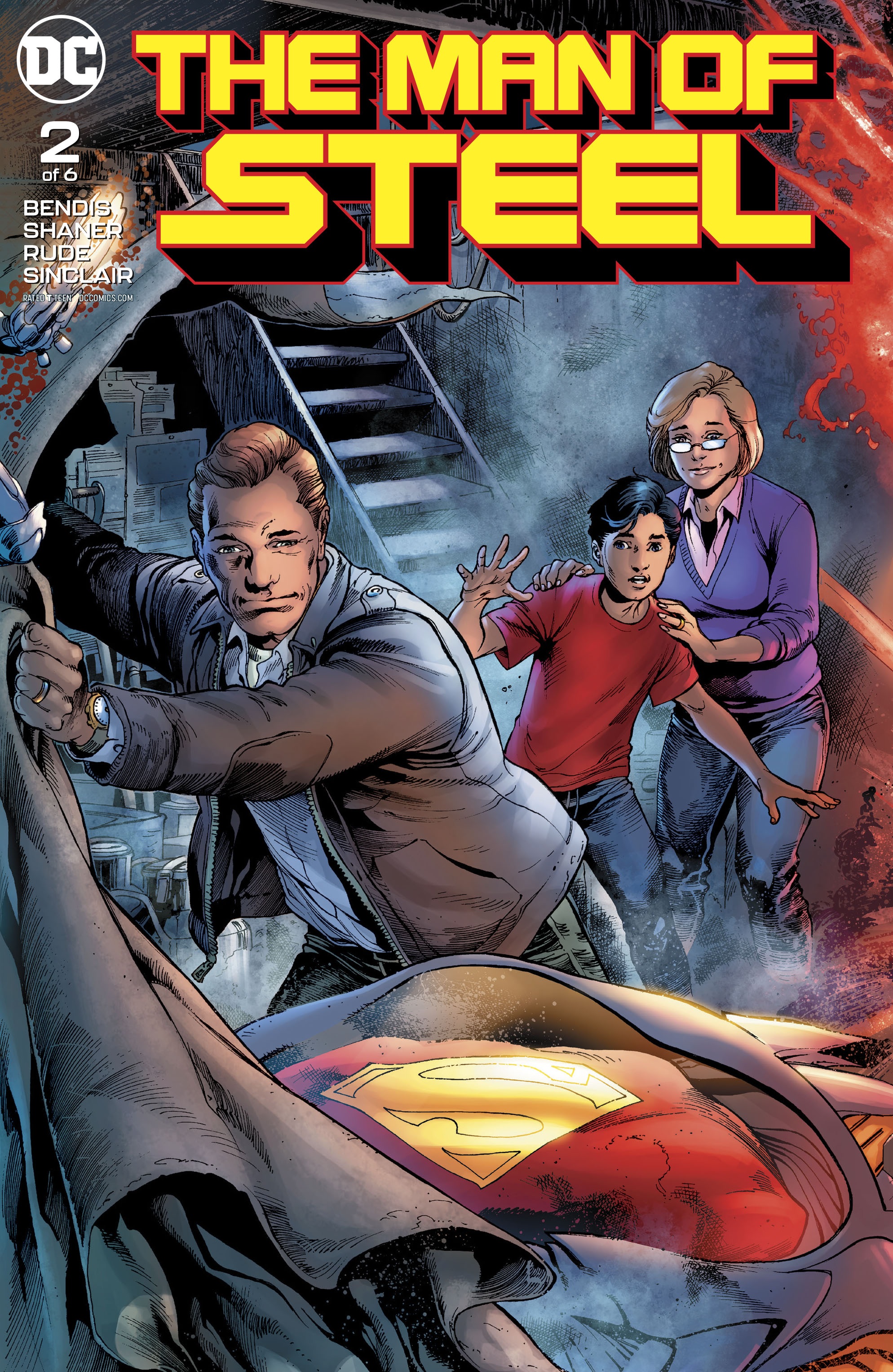 Firstly, lets start with the cover. This artwork by Prado & Reis is spectacular, this is one of the most famous Superman moments – his discovery of the ship he came to Earth in. It’s nice to see their take on it, and it is really fantastic. Although, after reading the issue, I’m not sure of the relevance to the story.

Following the sudden fate of Krypton, Lord Gandelo questions Appa Ali Apsa’s loyalty to the galaxy, leading to him questioning his allegiance to Rogol Zaar in an attempt to find him. Meanwhile, the disappearance of Lois and Jon doesn’t go unnoticed as colleagues at The Daily Planet start to gossip. The Toy Man returns with an incompetent and unusual plan, whilst The Justice League express their worry for Superman, after he misses calls and weekly meetings. In Metropolis, more arsons are occurring as it appears that someone is trying to burn down the city bit by bit, and right under Superman’s nose.

Within the story we also see the introduction of some of the Justice League – The Green Lantern Corps. I’m guessing Bendis is going to play it out until we get to see all of them, but there is reference to them. Not only this, but during their interactions, it is clear that Superman is distracted, and there is something he isn’t telling them, but why? Superman has numerous flashbacks of the moment Lois and Jon were taken, so it’s clear that it is troubling him. But in this issue he doesn’t really seem to be doing anything about it? Why? Where are they? I have so many questions, and it seems that they aren’t being answered just yet.

Character-wise, there seems to be a lot of strong female introductions, but maybe not for the best reasons. They seem to be acting as a distraction to Superman, last week the chief was attempting to flirt with him. This week we have Robinson Goode and Trish, trying to scoop the dirt on Clark & Lois’ secretive relationship. With that in mind, Bendis is really nailing Superman’s mannerisms, with him being a Smallville boy, and also his confident one-liners as Superman.

The artwork of the planet Krypton on the first of each page is a great touch, especially because the artwork is incredible. It acts as a frequent update to the fate of Krypton, and they really capture the intergalactic colour scheme. Throughout the issue the artwork is fantastic and realistically vibrant My favourite aspect of artwork, is when Superman discovers there have been more fires set in Metropolis, there are lots of panels across one page, which really portrays the moment of panic.

Overall, in the story again, not much happens. It still seems like an introduction, which is fine. But seeing as this is a mini-series of only 6 issues, I would have hoped we would uncover a little more in this issue. The issue isn’t as strong as the first, I’ll be honest. But I can really see what Bendis is doing by keeping his audience on the edge week by week, especially with all of the secrets and revelations that will come.

4 weeks ago The Aspiring Kryptonian